Secondly, antifungal resistance is on the rise. Because relatively recently new and less toxic antifungal drugs have been developed, the use of antifungals for prophylaxis, empirical and directed therapy has increased with the unwanted side effect of increasing resistance and selection of (intrinsically) less susceptible fungi. Also, the use of antifungals in agriculture has led to increasing numbers of resistant isolates obtained from the environment. Because of the limited number of classes of antifungals, this development impedes treatment.

To optimize clinical care for patients with invasive fungal infections and to address these issues, the Center of Expertise in Mycology Radboudumc/CWZ (EMRC) was established. In this Center, patients with difficult-to-treat fungal infections can be enrolled by their treating physician from anywhere in the Netherlands to be discussed in our multidisciplinary meeting (once every two weeks) and are seen in the outpatient clinic. In this project, different fungal infections will be addressed, but the main focus will be on CPA (due to the highest number of patients discussed and seen suffering from this disease) and influenza-associated aspergillosis.

In this project, we aim to: 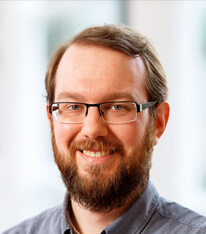