Home » News » We’ve come a long way, thanks to a unique partnership!

We’ve come a long way, thanks to a unique partnership! 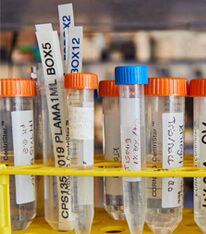 A malaria vaccine, based on genetically-manipulated malaria parasites. That is the goal of Meta Roestenberg (LUMC) and Robert Sauerwein (Radboudumc). More than ten years of collaboration is nearing completion. But the vaccine could be even better…

M: ‘The partnership began over ten years ago, as part of the TI Pharma program, intended to stimulate collaboration between academic research and business to make a vaccine on the basis of genetic modification. So a contract was concluded between the RUMC, LUMC and an American bio-technology company, Sanaria. At that time in Leiden, Chris Jansen and Shahid Kahn of the parasitology department, were able to genetically manipulate the malaria parasite. In Nijmegen their experience served as the basis for developing a harmless mutant of the human malaria parasite Plasmodium falciparum, potentially for use as vaccine. A falciparum parasite, that enters the body by means of a mosquito bite, nestling first in the liver, to spread later through the blood and multiply further. That makes you ill.’

‘We wanted to develop a mutant that, after it has come into the body, never comes any further than the liver and is therefore never capable of growing in the blood. But one that does activate the immune system. In Leiden, first we searched for the genes that needed to be disabled. Then, in Nijmegen, we used that knowledge to de-activate the equivalent genes in falciparum. That could be a vaccine that needs to be tested on human guinea pigs. So that is really exciting because if you don’t manage to grab the essential genes and a couple of parasites manage to leave the liver anyway and start reproducing in the blood, things will go wrong. That absolutely must not happen.’

M: ‘Finally, we succeeded in identifying two genes and remove them from the genome, which completely inhibits parasite development in the liver at an early stage.’

R: ‘On the one hand you want the parasite to stay in the liver for a long time and to reproduce there, on the other hand you do not want a single parasite to succeed in leaving the liver. You have to find that very precarious balance.’

R: ‘We sent our genetically-manipulated parasites to Sanaria, who made an approved product from them for administering to people, according to the strict requirements applicable to drug development. This threeway partnership is one of the successful projects of the TI Pharma program. What is really great is that, now we are entering the phase of testing this vaccine on humans, the LUMC and Radboudumc have decided to jointly fund the clinical study.’

M: ‘In a joint Leiden/Nijmegen study the vaccine has already been tested for safety on healthy human subjects. You start by giving a small group a low dose, and if no problems arise, you give a second group a higher dose, until you have a group that is given the dose you want to administer in daily practice. In the end, we did that with two groups of 24 human subjects, one in Nijmegen and one in Leiden. The whole experiment was double-blind and placebo controlled.’

R: ‘We saw no breakthrough of parasites from the liver to the blood and no significant side effects. That was a huge success of course. Also from a scientific point of view because it was the first malaria vaccine of its type in the world. A completely new territory. It took a year before we had permission from the Dutch authorities to do this.’

M: ‘However, the trial currently running is the jewel in the crown of our work – we’ve worked on it for ten years. In this case, we vaccinated a large group of people and then exposed them to the real parasite. Now we have to wait: will they develop malaria or not. We expect to have the results in a couple of months.’

R: ‘But we’re not there yet. The vaccine can certainly be improved. What we want to achieve is that the parasite stays in the liver longer, so that the immune reaction becomes more intense. That is a challenge. And we have to see what that does to the “memory” of the immune system. How long will it remain alert? That is one of the major issues in vaccinology in general. Some vaccines provide lifelong protection; others just six months. There are numerous theories as to why that happens, but it is to a large extent a question of trial and error. When it comes to micro-organisms, they can make “diversionary moves” to mislead the immune system. If you can put a lock for falciparum, you’re much better off. Again, that’s a huge challenge, but we’ve come a long way!’

M: ‘That’s why we still need that “leg” of fundamental research to refine the vaccine by means of genetic manipulation.’ R: ‘With modern techniques like CRISPR-CAS it has become much easier to also manipulate human malaria parasites but without collaboration we would never have come this far. ’ 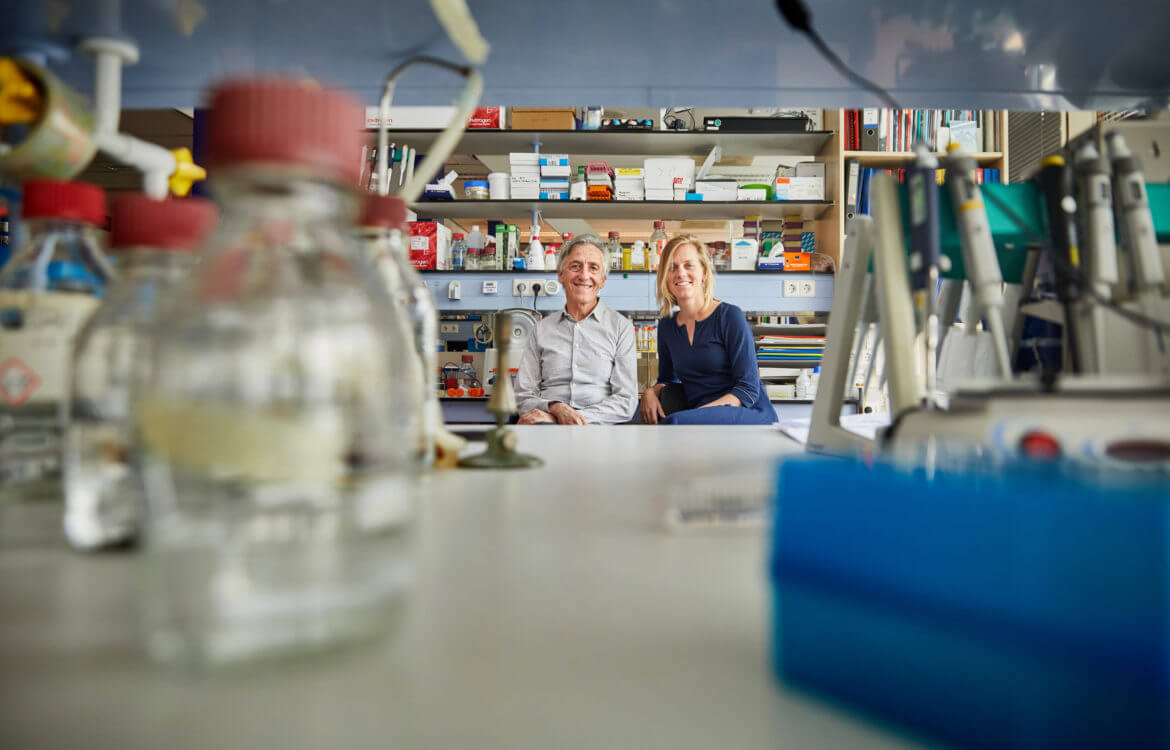 Meta Roestenberg is internist-infectiologist at the Department of Parasitology and Infectious Diseases of the LUMC.

Robert Sauerwein is professor at the Department of Medical Microbiology at Radboud Centre for Infectious Diseases of Radboudumc.