Home » News » Interview: ‘I am intrigued by the power of bacteria’

Interview: ‘I am intrigued by the power of bacteria’ 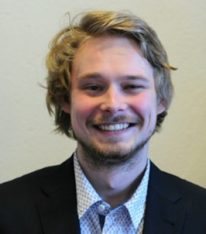 Interview with Aram Swinkels, PhD student of the Antimicrobial resistance in relation to the persistence of antimicrobial residues after treatment of farm animal: input for risk management (RESRISK) project at Utrecht University.

Antibiotics are classified based on their likelihood of inducing antibiotic resistance in bacteria, as tested in the lab. Aram Swinkels thinks there is another factor that should be taken into account: the lifespan of antibiotics.

‘Each antibiotic is broken down at its own speed, varying from days to months. So, some are exposed to the environment and bacteria for a long time. This kind of long exposure may promote bacteria to become resistant.

During my research I will develop a mathematical model that predicts the speed with which bacteria develop resistance against antibiotics used in farm animals. For the model I will first determine the lifetime of various antibiotics in broilers. I will do this by analysing the antibiotic concentration in the faeces of broilers for seven weeks after an antibiotic treatment.

As an antibiotic is broken down slowly, at some point there will be so little of it, it will no longer promote resistance. In the lab, I will study at what concentration this turning point occurs, by exposing bacteria in broiler faeces to different low concentrations of antibiotics. These data are used as input for the mathematical model and I suspect the model will show that antibiotics with a long life more often lead to resistance build-up in bacteria than those that are broken down quickly.

I initially wanted to study biology to work with large animals like tigers, but as I learned more about the smaller organisms in the world, I became intrigued by their power. We may run out of defences against these tiny creatures and I find it really interesting to work on a solution.’ 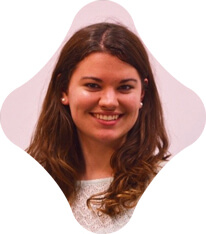